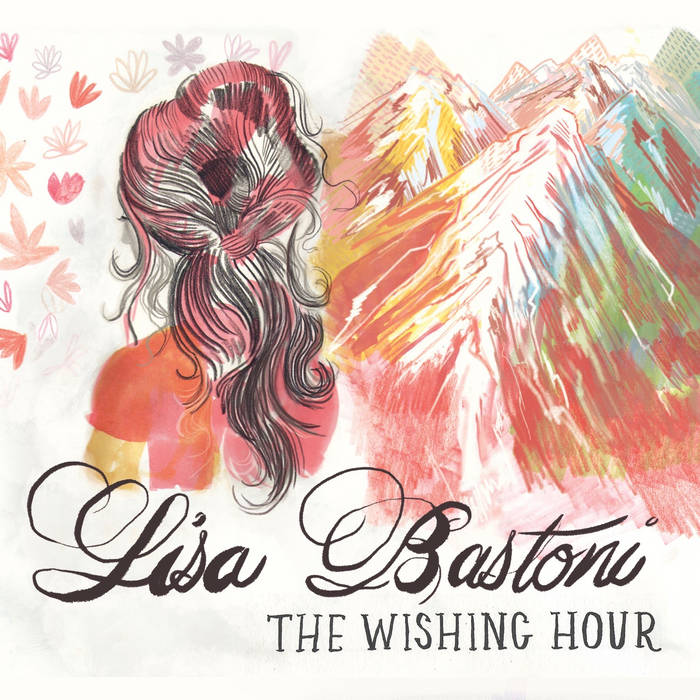 Brett Gregory Lisa's 2nd album (Your First Sweetheart - 2004) has been my favorite of hers for many years, but this album... I am just at a loss for words at how good (and heartbreaking) this is. Please go listen for yourself. Favorite track: Remember Me.

"Lisa Bastoni returns after 10 years to wow us with this amazing self-written vocal masterpiece...After taking an extended break to have a family, she is back with this amazing record, due to be released early in 2017. ‘’The Wishing Hour’’ is a fantastic record, user-friendly enough to be accessible to the layman but with a variety of textures to pick apart on every listen. I highly recommend it. 9/10 stars." -Americana-UK

"Ten cracking tracks...the songs are Americana of the highest order, think along the lines of Gretchen Peters or Patty Griffin, with high quality musos to match. (4/5)" -Maverick UK -

Following a ten year break from music, a career change, and two children, Lisa Bastoni has returned with The Wishing Hour (2017). The album debuted as #1 most played on Boston's WUMB. An award-winning songwriter, Lisa has opened for artists such as Lori McKenna, The Low Anthem, Regina Spektor and Arlo Guthrie. "Americana of the highest order...along the lines of Gretchen Peters or Patty Griffin" (Maverick-UK).

Lisa Bastoni is a 2019 and 2020 Boston Music Award nominee (Folk) , and winner of the 2019 Kerrville New Folk Contest. "Americana of the highest order...along the lines of Gretchen Peters or Patty Griffin." (Maverick-UK). She lives in Northampton, MA.

Bandcamp Daily  your guide to the world of Bandcamp

Featured sounds by K.Spark and WIZDUMB, plus Basi joins the show to discuss his latest release.